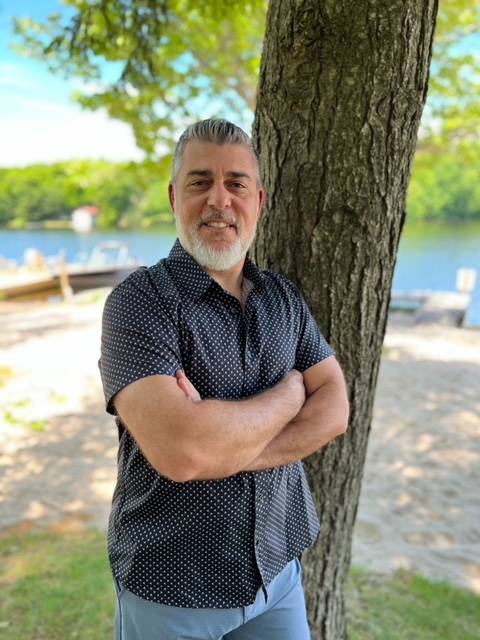 " As a Chiropractor, I firmly believe that all people should be responsible for their own health, safety and pursuit of happiness through proper spinal maintenance, diet, exercise, and (when only absolutely necessary) medical intervention. I believe that many negative health conditions can be relieved, cured, or improved upon with natural methods such as regular chiropractic care, good nutrition, etc, and without the use of foreign and potentially harmful medications. Many of the negative aspects of disease states can be improved simply by keeping the nervous system clear and something that makes neuro-structural corrective chiropractic care unique from all other forms of health care. It is my goal to aid and help all who come to me, to improve their health and reach their true health potential."

Dr. Demetrios Jim Saclamacis, or simply "Dr. Jim" is originally from Winnipeg, Manitoba (go Blue Bombers - Back 2 Back Champions) and is a proud Greek Canadian, (which makes him even more proud to be part of a healing profession that has roots to the Ancient Greeks!)

Dr. Jim’s initial experience with chiropractic was during his teen years. He was involved in an auto accident for a condition known as whiplash. Prior to the accident, he was also a frequent headache sufferer which became exacerbated after the accident. He also tended to get colds and flus quite often. While being under chiropractic care, he noticed that not only did his injury improve and he no longer got headaches but but other aspects of his overall health had also improved.

Fascinated by the results and his improved health, it was then he decided to serve mankind as a Chiropractor. Dr. Jim graduated with Honours in 1997 from the world renowned Life University School of Chiropractic in Marietta, Georgia. It was there where he learned the true principles of chiropractic and its strong philosophy about the God given power of the body's innate ability to heal itself.  While attending school,  Dr Jim also had the privilege of being a cast member of the opening and closing ceremonies at the Centennial Olympics games.

Dr. Jim has been practicing for nearly 25 years in the Greater Toronto Area. He is trained in many spinal adjusting techniques for all ages; utilizing specific methodologies such as Thompson, Gonstead, Chiropractic Biophysics, Activator and Upper Cervical to locate and correct Vertebral Subluxations and optimize spinal health rather than just treating symptoms.

His knowledge and services have also been appreciated by competitive minor hockey teams, dance studios and he has also provided on-call service to the film and entertainment industry. Dr. Jim has also contributed to the global community with Mission work adjusting and educating the less fortunate on the importance of spinal health and chiropractic care.

As a resident of Milton for 20 years, Dr. Jim’s journey continues closer to home and he is excited and dedicated to creating a community of families who strive to obtain health and wellness through regular chiropractic care.

With a son in high level hockey and a daughter in competitive dance, regular chiropractic care continues to play a vital role not only in their overall health since the day they were born but also in their athletic performance and their ability to heal optimally from injury and return to training and competition quickly.

Send us an email

Find us on the map!